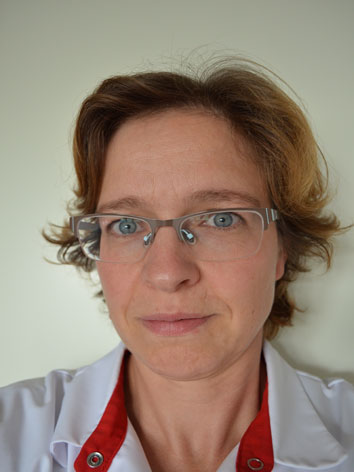 Hilde de Rooster graduated as a veterinarian from the Faculty of Veterinary Medicine, Ghent University, in 1993. She subsequently travelled to Scotland, where she obtained a Master’s degree in Veterinary Medicine at Glasgow University the following year. After her return to Belgium, she was working for 8 years in a small animal veterinary clinic near Antwerp. Meanwhile, she prepared a PhD degree, which was defended in 2001. Since 2003, Hilde deals with referral cases in the small animals veterinary hospital of the Faculty of Veterinary Medicine. She successfully passed the European Board Examination in 2008, and thus became Diplomate in Small Animal Surgery (Dipl ECVS). Her major responsibility is training of veterinary students in the final years of their study, both theoretically and practically, and supervising interns and residents in soft tissue surgery. Additionally, she is promoter of several surgery-related PhDs.