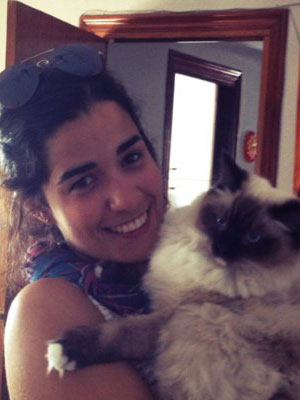 Raquel graduated from the University Complutense of Madrid in 2006. She worked for two years in a small animal practice in Guadalajara before moving to the UK in 2008.

She then worked for a year in a small practice in Framlingham, a small village in Suffolk followed by two internships in referral hospitals, the VRCC and Queen’s Veterinary Hospital of the University of Cambridge, while doing her Masters in teaching.

Raquel undertook a residency in Diagnostic Imaging from 2012 to 2015 at the University of Cambridge, obtaining her Diploma of the European College of Veterinary Diagnostic Imaging in 2015. From then she worked as a radiologist in Davies Veterinary Specialists, a referral small animal hospital in England until January 2017 when she returned to Spain. She is now the responsible of the Imaging Department at Hospital Veterinario Puchol in Madrid, as well as assistant professor at the University Complutense of Madrid.